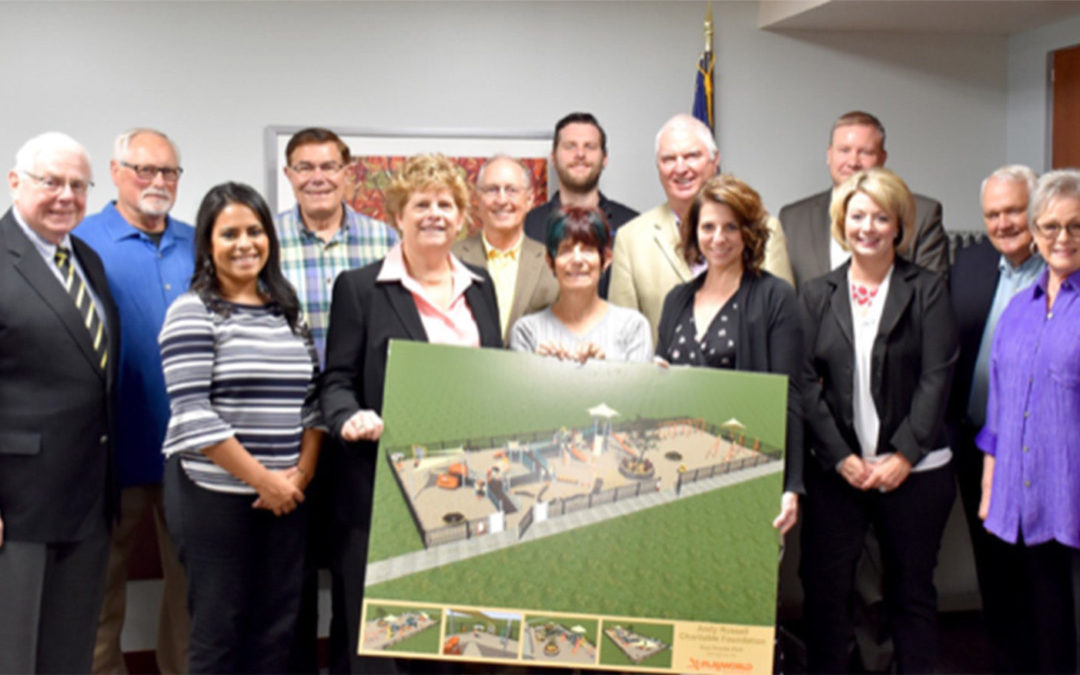 The council’s mission will be to help guide and advise the charity as it expands its outreach mission to help fund children’s causes directly related to the critical issues of health, nutrition, mental health challenges, physical disabilities and impoverished circumstances.

It was recently announced the Foundation will lead a community-wide venture to raise $475,000 in order to create an all-inclusive 9,600 square foot playground for individuals who may be autistic, have intellectual disabilities, hearing or sight impairments, Down syndrome, cerebral palsy, spina bifida or other life altering disabilities.

The all-inclusive playground, designed by Playworld, has already been endorsed and accredited by Let Kids Play!, a consulting firm.

Russell announced that Daniel E. Hooper, market manager and vice president for First National Bank of Pennsylvania, will serve as chairman of the advisory cuncil with Kendra Aucker, president and CEO of Evangelical Hospital.

“Kendra and I are very pleased that so many Susquehanna Valley community leaders have already agreed to serve on the council and assist with this project,” Hooper said, noting that the playground will be the first of its kind in the state and will be integrated with the existing multi-purpose East Snyder park, located on University Avenue in Selinsgrove.

Aucker, also announced that former Bucknell President Gary Sojka and his wife, Sandy, along with Christian Courtney, a consumer of Shared Support, will serve as honorary co-chairs of the all-inclusive playground project.

“At the moment we’re engaged in several preliminary conversations with early donors and once we have those gifts finalized we’ll begin the public phase with the expectation of breaking ground next spring,” she said.

Anyone interested in learning more about the project should contact Fritz M. Heinemann, president of the Russell Foundation Central Pennsylvania Region, at 570-522-5322 ext 5322 or email andy34russell@gmail.com.